My main research experience is in audience/fan studies, transnational media flows, and digital media. Within these concentrations, I usually focus on children’s programming or content aimed at teenagers. I’ve also worked in a less academic setting performing various aspects of audience research for internships or student organizations, focusing on marketing opportunities. Click here to read more about my research in spring 2021, including some more detail regarding my undergraduate thesis. 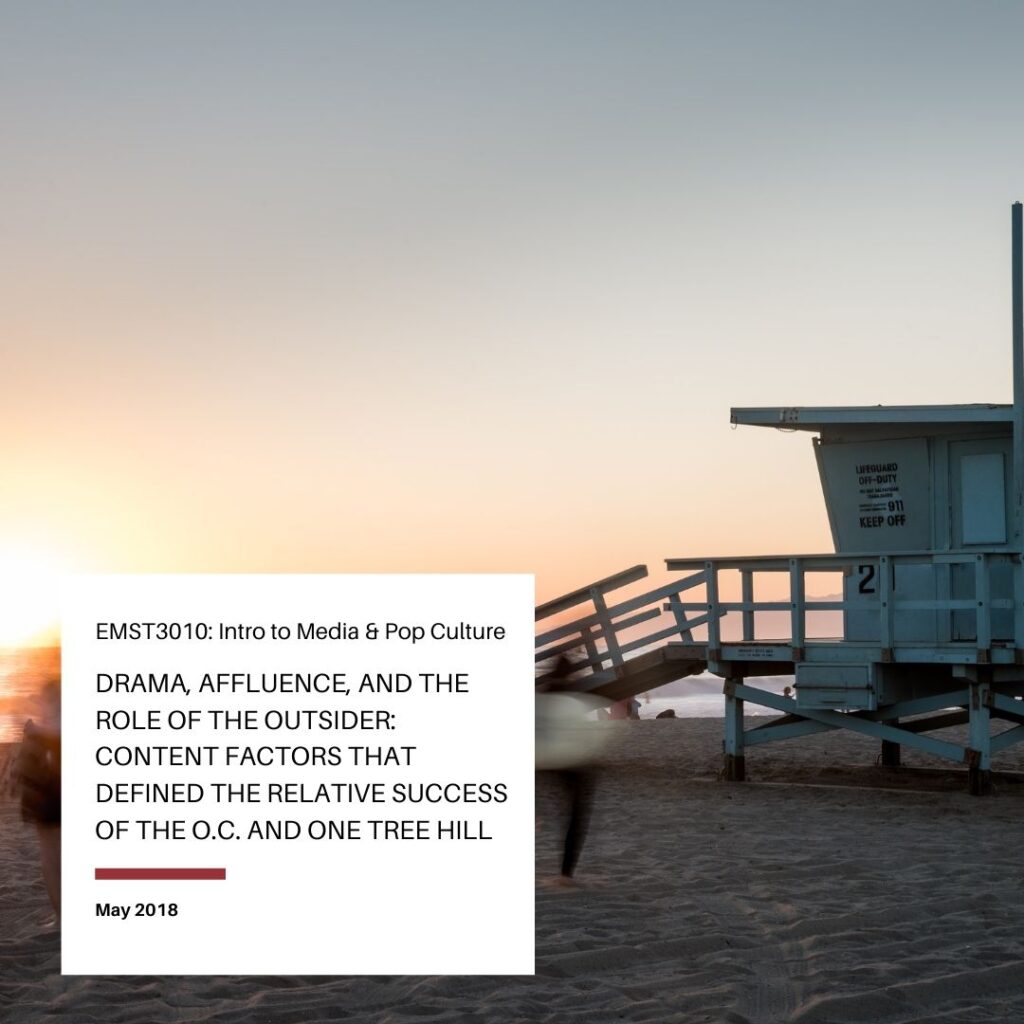 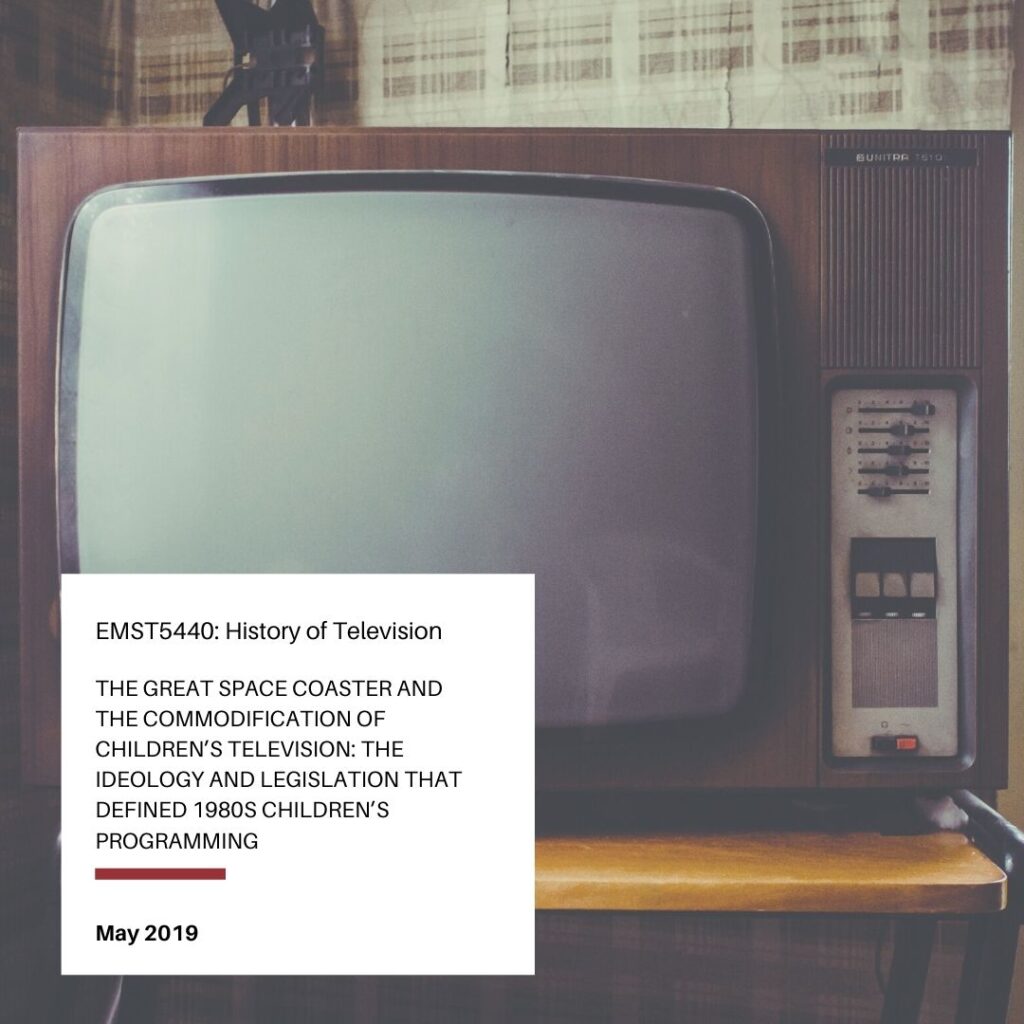 When I started college, I really just knew that I had a passion for media aimed toward young adults and children, specifically in studying teen dramas and legislation of children’s programming. These were extra papers I wrote for courses (Intro to Media and Pop-Culture and Television History, respectively) just to figure out how to best perform research. While I have not expanded on either of these papers as of yet, each has informed my further research as I’ve figured out what kind of niche I actually want to inhabit.

In the summer of 2019, I was fortunate enough to attend the Cannes Film Festival where we learned more concrete skills for transnational distribution of film. Afterward, I applied the hard skills gained from that experience in my own personal research into the role of transmedia in transnational television distribution. It was ultimately through this research that I was able to identify the case study of Skam (NRK 2015-2017), often stylized as SKAM, which provided the basis of the next year of research for me. 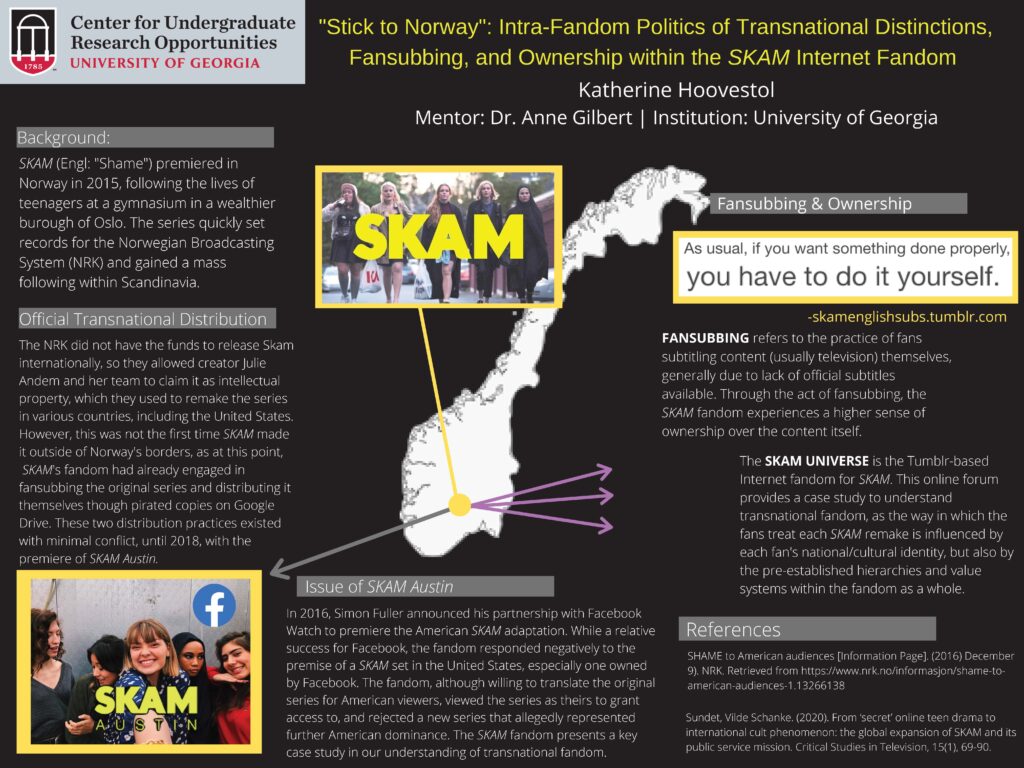 This poster was for my project from Fall 2019, during which I was a CURO Research Assistant and received funding from CURO in order to pursue this research. Click the image to see an enlarged version.

This paper was an extra paper I wrote for Global Media Industries, which I took in Spring 2020. I worked with my professor in order to focus more on the industrial factors defining Skam as a franchise, looking specifically how they’ve operated as a successful global entity in spite of (or, as I assert in my undergraduate thesis, due to) high levels of piracy of the content. 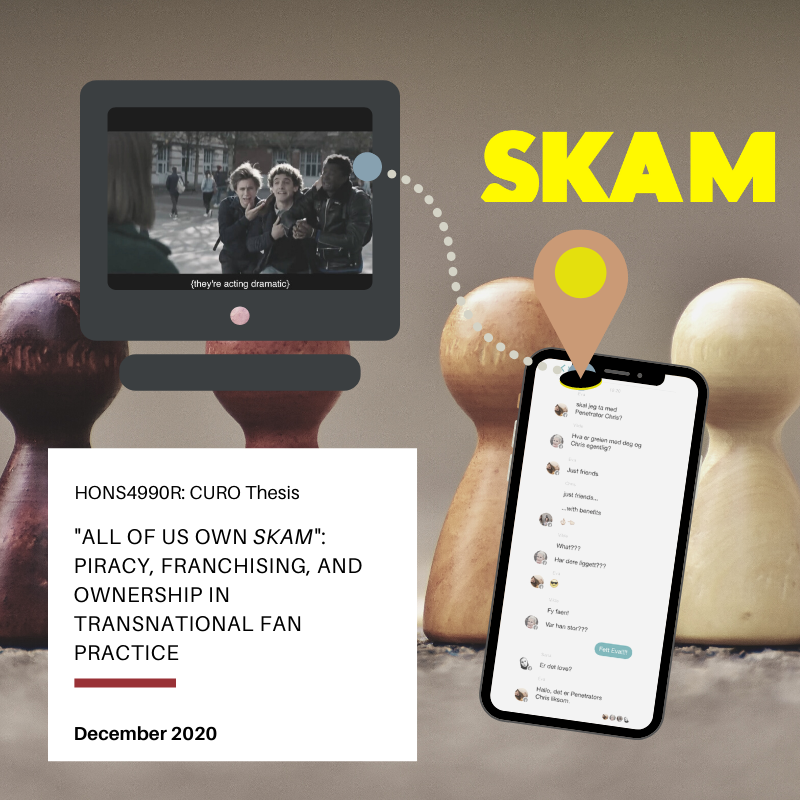 In Fall 2020, I completed my undergraduate thesis on Skam‘s industrial significance as a successful non-American transnational export greatly due to efficient piracy and fan translation of the series, and the ways in which its digital fandom curates a pseudo-transnational identity through its affective ownership over the series. I’m really proud of the work I was able to do in this piece, as it worked as a bridge of all of my main interests regarding active audiences, transnational media flows, and changes in production/distribution methods in a post-digital landscape.

Why Skam? Why transnational audiences?

Super quickly, because this is my portfolio site and I figure I have an opportunity to elaborate on more than just the work itself, I want to explain as best I can why I’m drawn to the research I’ve done.

The Skam explanation is actually pretty simple: my family is Norwegian, and honestly the phenomenon of the series and the subsequent franchise was something that I watched in real time but did not have the words at the time to articulate any of what I was seeing. It was only after taking classes focusing on transmedia, audiences, global industries, and my independent research course that I felt like I could say what I wanted to say in regard to why this series is important in the larger conversation of global media studies, fan studies, and the growing area of transnational fandom.

As for transnational audiences specifically, I care about three main things when it comes to media in an industrial sense:

I’ve said this before, so if you’ve been through this whole site this might sound for familiar: for me, it is about getting the stories that matter to the people that care about them. I’m less of a storyteller so much as a story facilitator; I love telling stories, but I’m always more passionate in championing someone else’s beloved work than I ever have been sitting down to write something of my own. It’s what I was taught to believe storytelling was: preserving the stories of others so that they wouldn’t fade away, and figuring out the best ways to communicate those stories to people in order to avoid being erased entirely. That may sound really dramatic, and I’m not trying to claim any sort of erasure as a white American with Norwegian ancestry, but it was something that I took to heart and continue to care about as I’ve gotten older.

I always care more about the audiences than the content itself; why care about content if no one ever experiences it? Part of the reason I’ve focused more on content aimed toward younger audiences, other than my own personal preferences, is because I think these audiences are so much more complex: on one hand, they’re so heavily commodified from an industrial perspective, therefore profitable but notoriously fickle, but on the other hand, they are so critical from a social understanding, because the ideal consumer, in this case, is still developing mentally and emotionally, so the media they consume is really important. 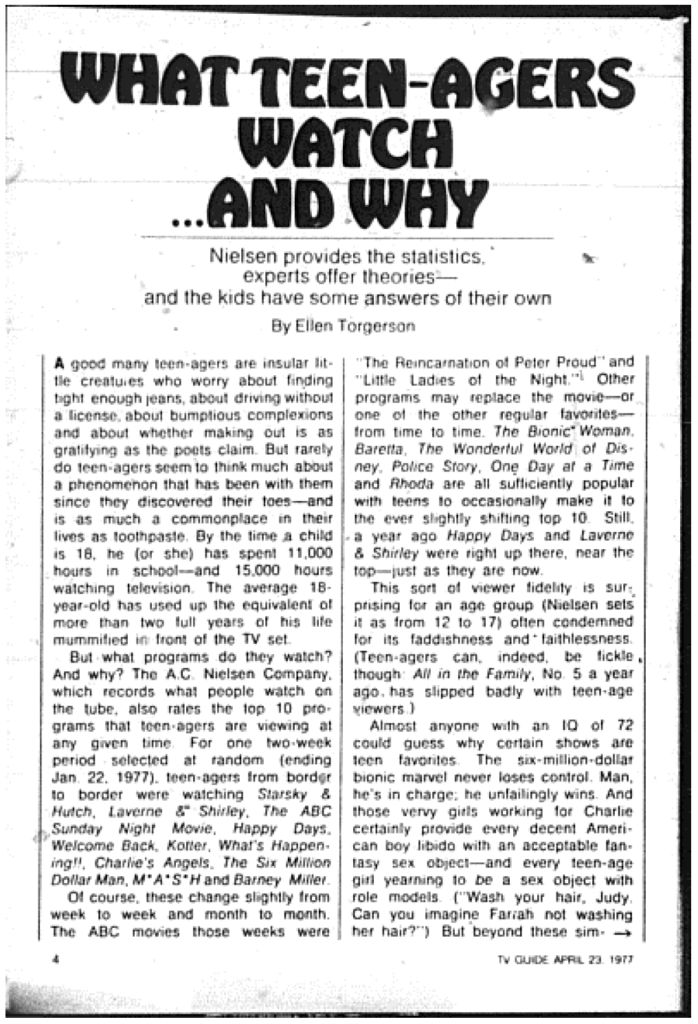 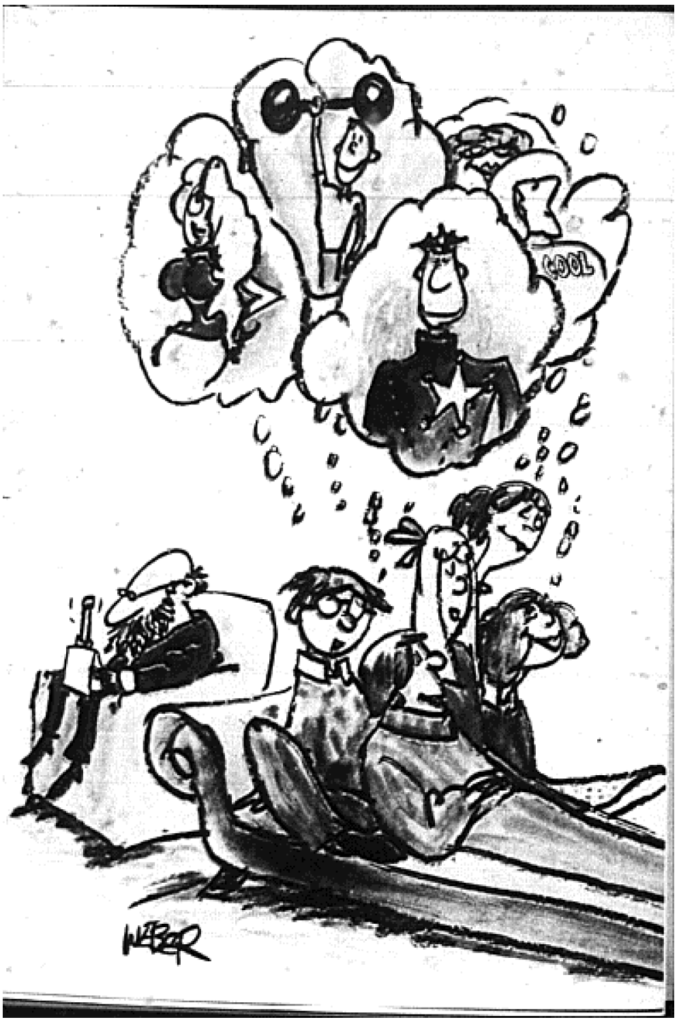 The commodification of children’s media and the establishment of “teenager” as a demographic were both a huge part of my initial research; as I said above, these ideas definitely did contribute to my thoughts regarding post-broadcast ideas like digital transnational distribution and transmedia specifically in the context of content aimed toward teens. 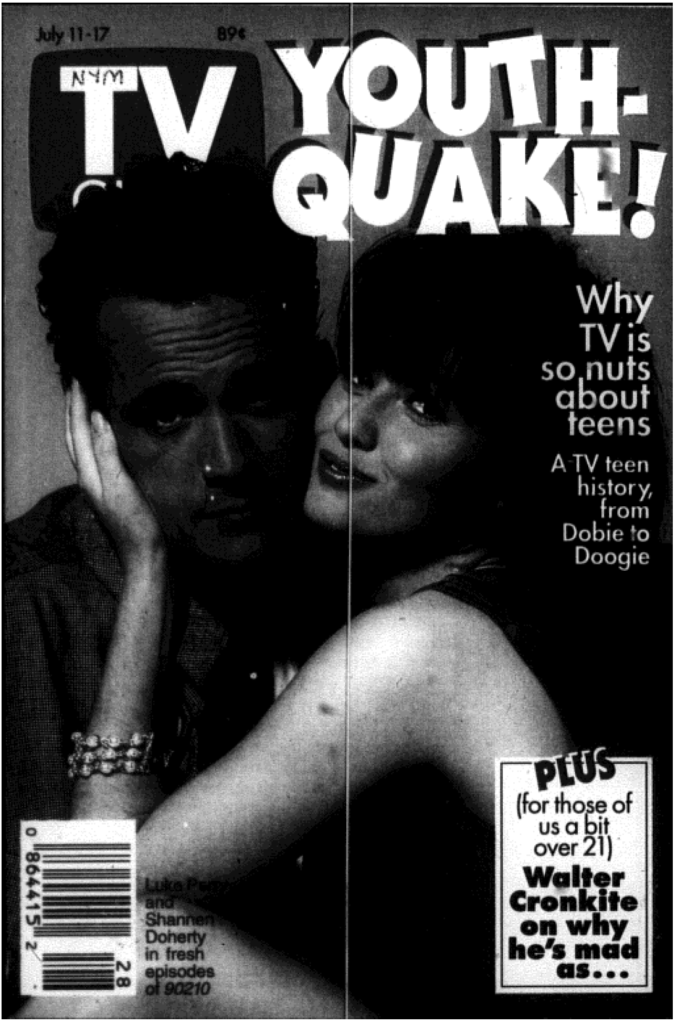 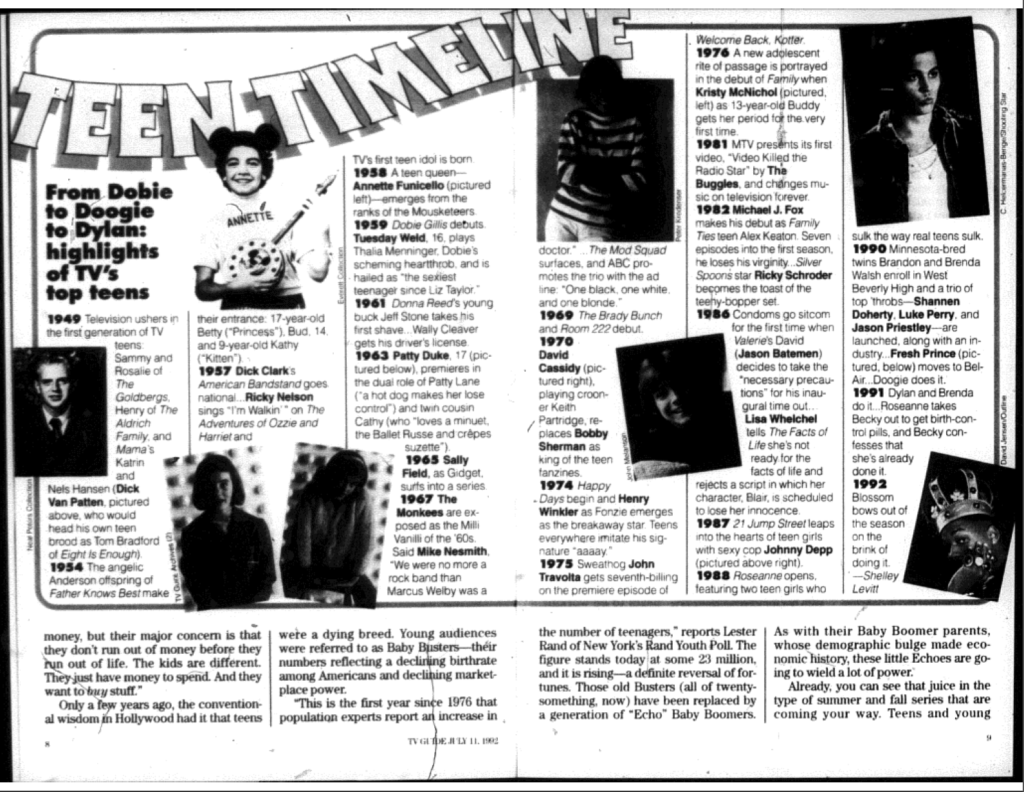 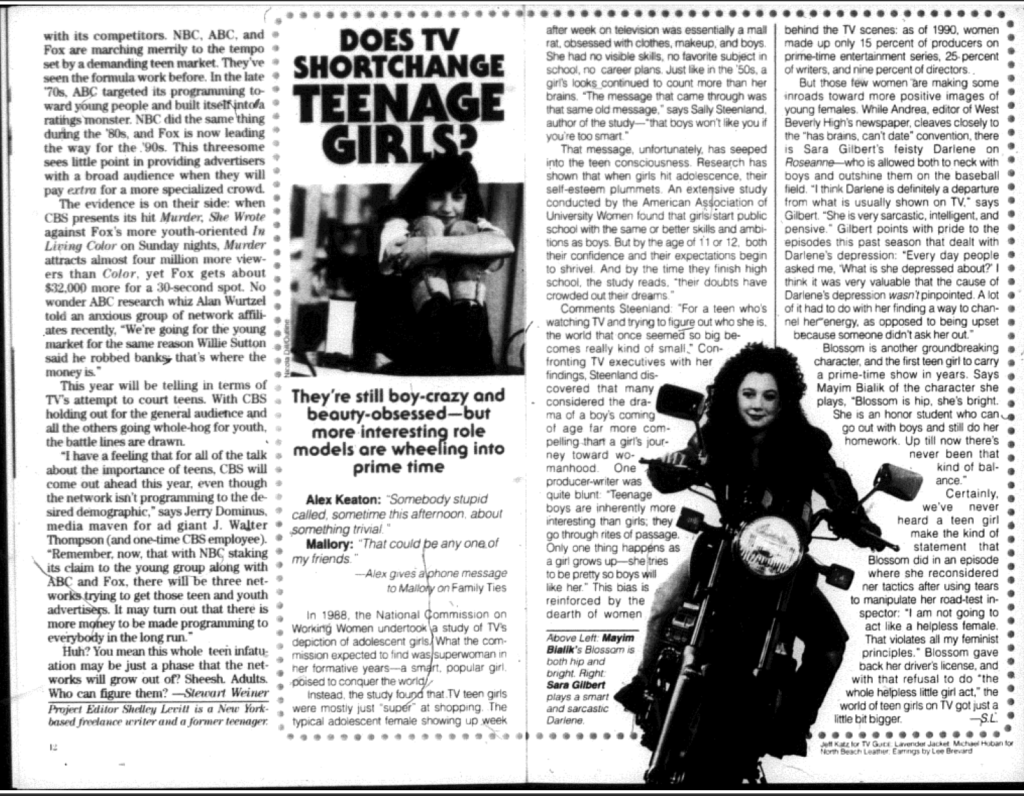 If you have any questions about my research experience, please feel free to contact me. I’m hoping to go further with this body of work going into my last semester of college.

where else to find me?